Words for the Wild

— a platform for writing about Nature

We are writers who love the countryside, and we want to stop the kind of development that will destroy our gorgeous green land; we want to conserve it for future generations. Of course we need houses but we also need to protect wildlife and retain these pockets of peacefulness where we can walk our dogs or jog or cycle or build dens, play or paint, or simply wander and think.

Our plan is to make a stir!

We would love to read your stories and poems about the countryside.

It is always helpful to know a little about the people who will read your work. Here we are: 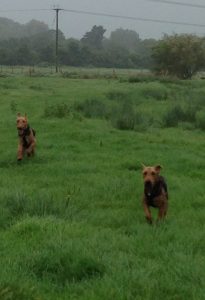 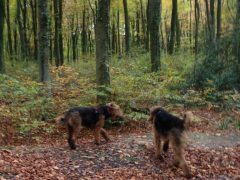 – Amanda is pretty open-minded and reads almost anything with great pleasure (except horror) but her passion is for the experimental. If your work is strange all the better and it may find a home here. Of course, well-crafted writing and stories and poems that surprise are the key ingredients.

She has just finished reading ‘H(a)ppy’ by Nicola Barker, K.J. Orr’s ‘Light Box’ and ‘Over the Moon’ by Imtiaz Dharker – each of these books is a treat. She is hoping to get Sasha Dugdale’s ‘Joy’ for Christmas. She also loves Thomas Hardy.

“I fear for the green fields between Stoke Park Woods and Upper Barn Copse in Bishopstoke, Hampshire, which is where I walk my dogs every day. I’m fearful because the council has voted to build 5,200 houses and a major road on those fields which will have a dreadful impact on the wildlife and woodland, and will certainly destroy the tranquility, and that’s what I love about the place. I go there for spiritual replenishment. It means a lot to me.” 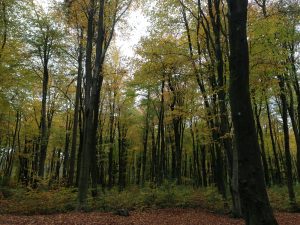 – Louise has a particular love for nature writing in all its guises, whether that be in poetry, fiction or creative non-fiction, which she traces back to discovering Gerald Durrell’s books as a child. Nowadays, as well as an ongoing weakness for Corfu in the 1930s, she enjoys going backwards and forwards in time to discover new places, people and creatures through the written word. Recently, she has relished Ruth Padel’s ‘The Mara Crossing’, Sherry Simpson’s ‘The Way Winter Comes’ and Barbara Pym’s ‘Quartet in Autumn’. Find a genuine home for nature in your work and you’re half-way to having her heart.

“I’m lucky enough to have seen, first-hand, some of the world’s most iconic natural species and spectacles, including the wildebeest migration in the Serengeti and wild tigresses with their cubs in the Indian Sal forests of Kipling’s ‘Jungle Book’. However, the woods and fields that surround my small village, near Winchester, are as beautiful and precious as any exotic place I’ve visited. I cannot bear the thought that future generations might not see tawny owls sweep across the tree-tops in the half-light or watch a hare, at dawn, stretch its long legs across a stubble field.”

Amanda’s stories and poems have been anthologised, published in literary magazines, shown in galleries, in Winchester Cathedral and on the London Underground. A series of ten poems was displayed in Oxfordshire as part of a collaboration with artist, Lucy Ash. Her poems and stories have appeared in 3:AM, Under the Radar, Magma, Storgy, Ellipsis, The Pre-Raphaelite Review, Cosmonauts Avenue, Queen Mob’s Teahouse, LossLit, Riggwelter, Lonesome October Lit, Cabinet of Heed, Atrium, The Ofi Press, the Humanagerie anthology, and Ambit 234 amongst others. Competition listings include The London Magazine’s, The Pre-Raphaelite Society’s,The Welsh Review awards, and The Winchester Poetry Festival competition where she won the Hampshire Prize. Aeons ago she studied Music and English Literature and more recently gained an M.A. with distinction in Creative Writing from the University of Chichester where she was winner of the Kate Betts Prize. Amanda was shortlisted for the 2019 Fitzcarraldo Novel Prize and has numerous writing projects on the go.

Louise’s poetry, stories and creative non-fiction have been published on the internet, in print and locally, in Hampshire, as part of 10daysWinchester, a biennial arts festival. She has twice been runner-up in BBC Wildlife’s Travel Writer of the Year competition and recently won the Writers and Artists/Retreat West short story competition, with a dystopian piece exploring the aftermath of some cataclysmic natural event. Originally a barrister who worked in the City for many years, she also has an MA in Creative Writing from the University of Winchester and now works as a freelance writer.

This site uses Akismet to reduce spam. Learn how your comment data is processed.