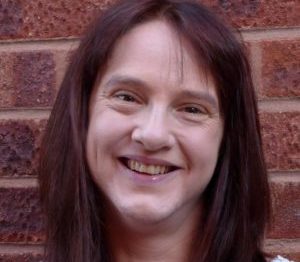 S.A. Leavesley is an award-winning poet, fiction writer and journalist. Overton Poetry Prize winner 2015, her pamphlet, How to Grow Matches, was published by Against the Grain Press in 2018. She has been published by the Financial Times and The Guardian, on Worcestershire buses and in the Blackpool Illuminations. An occasional climber and surfer, she also loves swimming, cycling, walking and being outdoors. 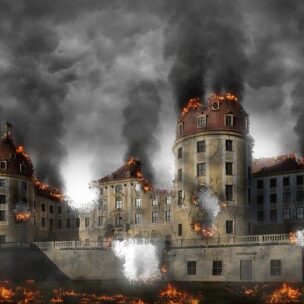 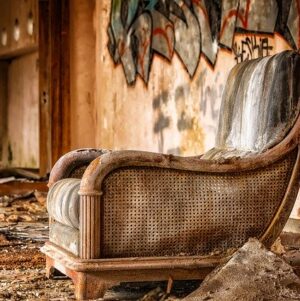 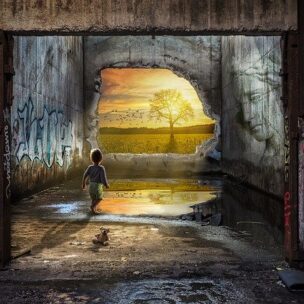 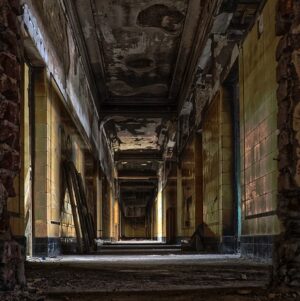 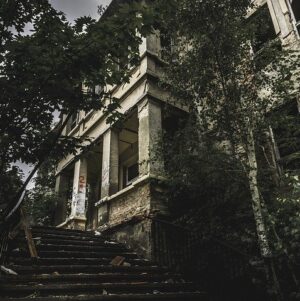 When fire blazed through Knowledge Hotel,

within hours to smoke and shivers.

moved into the charred rafters.

Woodlice, rats and damp own the cold shadows.

At night, echoes of running feet,

but it’s most likely doped-up kids.

No one likes to mention the other sounds:

strange fragments of music that quiver

on the air, then gone – a Pied Piper

shrilling to the lost. We gather again

at the doorway, our children’s names

wedged in our throats. We call

for the wild to be returned to the wild.

Still the Apple  by S.A. Leavesley

A Planet Where  by S.A. Leavesley