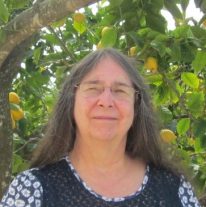 Linda Goulden lives between a river and a canal at the edge of the Dark Peak. Her poems have appeared in anthologies, magazines, online, in song and in woodland. 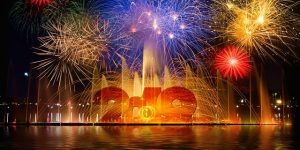 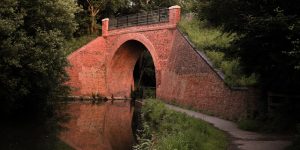 At a year’s turn

The little red car’s almost silent coming in. Only a rosy blur crossing the ceiling shows it passes. Whereas the grey pick-up will grunt and shunt its three point turn so that no light or shadow’s needed to know it’s here. Same with the boats. The trip boat and the coal boat are unmistakeable by engine noise alone.

Outside, on Christmas morning, nothing moves, no sound disturbs, before eleven. Even the new road, built behind the slope, has no cars on it for an hour or two. The quiet is as welcome as the dark sky used to be, before the by-pass and the supermarket, indeed before the boats returned, when we could tread the towpath by moon or starlight or by step memory alone. Walking at night, now, I need torch and stick but still anticipate that one raised piece of ironwork below the overhanging trees.

At New Year, if I open up my door, I do not hear the midnight horns from off the Ship Canal we used to listen for, apart. I do not hear the three cheers we would raise, together, down the Navvy. I hear fireworks. And later, when the day comes, I hear a robin’s new year peal, a great tit’s warning. I see a blackbird leaving with the last haw. I watch a nuthatch arriving at the table for the gifted new year feast.