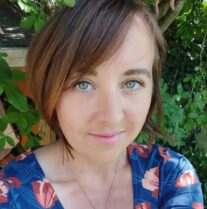 Kate Chandler is a heritage and cultural professional from Somerset. She has worked for the National Trust, English Heritage, and currently for the cultural sector in Ireland, where she lives at the edge of the Dublin Mountains. Her writing is rooted in the tangled, folkloric, and sometimes eerie natural world. You can find her on Twitter at @heritage_kate 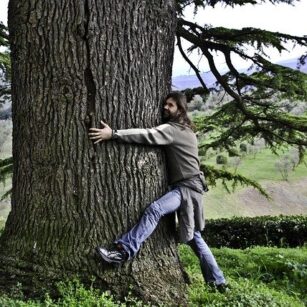 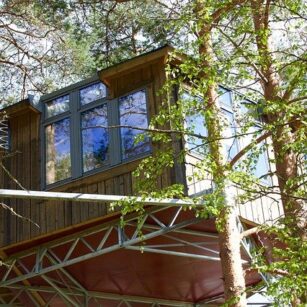 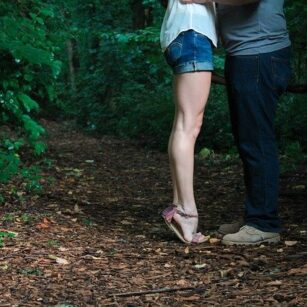 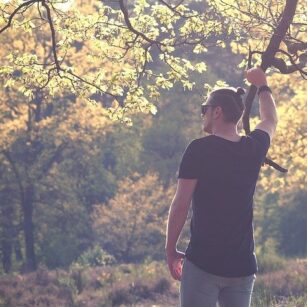 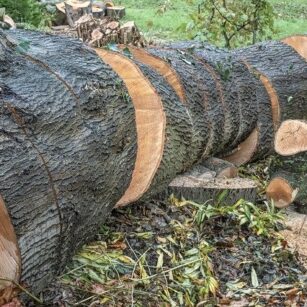 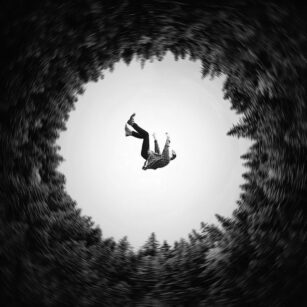 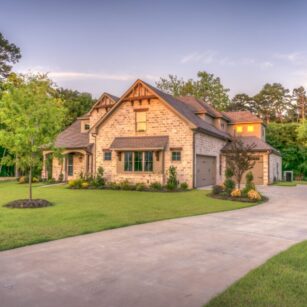 Joe and Lisa bought a wood.

They broke the news on their Instagram account with a cute picture of Joe hugging a tree from the park down the road. Autumn leaves fell around him like confetti. The followers loved it. Their phones were buzzing with notifications for days.

SO happy for you guys! #gogreen

You guys are an inspiration #sustainableliving

In the cold winter months before their first visit to their wood, Joe and Lisa kept busy on Instagram sharing videos of garden centre hauls, photos of shepherds huts, treehouses, new builds with great glass windows looking out over rolling countryside. They posted pics of Lisa in dungarees, of Joe in lumberjack shirts, of brunch meetings with architects, of the ever-growing eco-home moodboard that hung in their flat.

Summer came. Joe and Lisa hired a range-rover and left the city. Lisa was wearing a headscarf, Joe had stubble and a lumberjack shirt. They both wore Timberland boots. In traffic on the M25 they shared their first selfie

It was a long journey to their wood. The further west they drove, the patchier the signal became and narrower the roads. Joe crawled along the country lanes – there was mud everywhere, the white range-rover thunked through potholes. Lisa kept their followers up to date when signal allowed.

Eventually, they reached the wood. It was along a lane with grass growing up through the middle. The gate was wonky and rusted, it took some time for Joe to work it open. Lisa took a selfie of Joe carrying her over the threshold into the wood. They did a few retakes, and shared the best picture: Joe’s muscly arms and stubble, Lisa’s natural smile.

The wood was a tangled mess. It looked as though nobody had set foot there for a long time. Wherever they stepped, twigs snapped like tiny bones. It wasn’t an easy wood to move about in. Hazel trees sprouted everywhere like upturned broomsticks. Joe wrapped a hand around a stem; it looked like they had been coppiced a long time ago. Somewhere in the trees a woodpecker thudded. Little paths wound through the leaf litter, tracks in the mud from the recent rain: deer, badger, fox.

Lisa was livestreaming to their Instagram followers, chatting into her phone and ducking through the wood. Joe was relieved to see her so happy: a country retreat of their own, with excellent signal – they couldn’t have planned it better. His own phone was buzzing in his pocket – Insta rooting them on. Perhaps things would get better now they were married, now they had a project to work on, a home to build together.

Joe eased the North Face rucksack off his back and leaned against the trunk of a tall ash. He brushed the bark with the back of his hands. It was cool and rough. He closed his eyes and took in a deep breath of wood. Other smells floated up from a distant corner of his memory: wet leaves and mud; freshly cut hay; muck spread fields; long lonely summer days. They were the smells of years ago, miles from here.

“So… Joe’s become an actual wood elf,” laughed Lisa, camera shining at him. He opened his eyes and smiled into hers which were half hidden behind her phone.

“For those of you who don’t know, this whole thing was Joe’s idea. Bae the treehugger.”

Joe grinned a toothy smile and turned around to hug the tree. It was rough and hard, and didn’t hug him back.

“So, everyone, this is where we’re going to have our eco-home. We can’t wait for you to watch us build it over the next few months. The first step is to make a clearing – our own little woodland glade! So, right now, just for you guys, Joe’s going to cut the first tree!”

He’d forgotten. The rucksack full of shiny new tools lay at his feet. He reached in and pulled out the saw, its teeth glinting.

There was a thin hazel beside him. It wouldn’t be too hard to cut, but impressive enough for their followers.

The saw bit into the tree. It was harder than Joe had anticipated, like cutting into thick rubber. He pulled back and forth, the saw wobbling and bending with the effort, Lisa cheering him on. The phone in his pocket was buzzing so hard he thought it would explode.

He didn’t know when the noise began.

It grew gradually from somewhere unseen – it was not a sound he had ever heard before, or ever wanted to hear again. The thin trunk gave way as Joe jumped back.

“Did you hear that?” His voice was shaking.

“Hear what? Joe’s always such a joker,” she laughed into her phone and kept on chatting, getting the camera up close to the fallen trunk.

Joe dropped the saw, his fingers trembling, the sound still loud in his ears.

Years later, when the spot where the tree had stood was buried beneath layers of cement and steel, he would still hear it behind the silence of the empty house, like a voice trapped forever in the sustainably sourced walls.

The phone kept buzzing, the likes growing and growing, comments budding and swelling like leaves growing at a hundred times their natural speed:

You guys are my heroes #sustainablebuilding #ecowarriors

… Did anyone else hear that???? #screamingtree