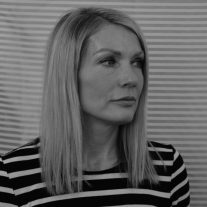 Elisabeth Sennitt Clough is the author of Glass (Best Pamphlet Saboteur Awards 2017) and a full collection, Sightings (Michael Schmidt Award for Best Portfolio). A poem from Sightings was published in the Forward Book of Poetry 2018. Other poems have appeared in The Rialto, Poem, Mslexia, Magma and Stand. 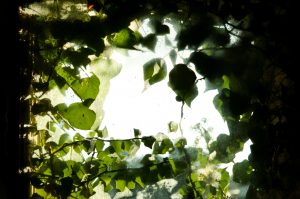 where tramps gathered at night before entering the village. This hour was their salvation: the remains of the widow’s cottage, their temple. And they prayed among the overgrown shrubbery and clumps of long yellow grass for King Cob, their leader who’d passed.

the ramshackle tollhouse, built to mark the distance from village to city and its palatial replacement, also known as the insurance job, after a lorry missed the bend.

nightly, the anglers come to sit in the old boathouse and guard the riverbank – their aim, to catch the unlicensed foreign, who cook pike, dace and bream on makeshift stoves. That anyone should eat the fish they’ve caught – rather than slip it free of the barb to return it gill-slashed into the Ouse.

not just because it’s rare as a corncrake in South-east England, but because its overgrown banks and spinneys lend themselves to a creep of darkling beetles, a knot of natterjack toads.