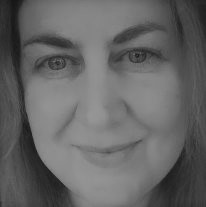 Sarah Doyle is the Pre-Raphaelite Society’s Poet-in-Residence. She holds an MA in Creative Writing from Royal Holloway College, University of London, and has been published widely in magazines, journals and anthologies, and placed in many poetry competitions. She was highly commended in the Best Single Poem category of the Forward Prizes 2018, and in the Ginkgo Prize for Ecopoetry 2018. She is (with Allen Ashley) co-author of “Dreaming Spheres: Poems of the Solar System” (PS Publishing, 2014); and co-editor of “Humanagerie”, a new anthology of animal-inspired poetry and fiction published by Eibonvale Press. 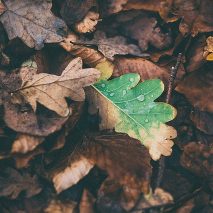 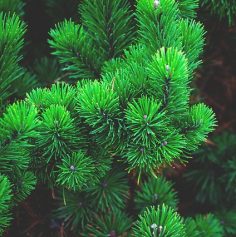 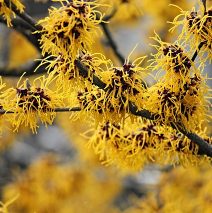 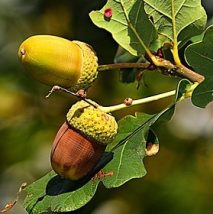 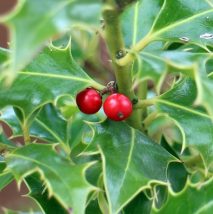 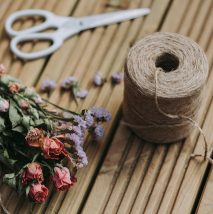 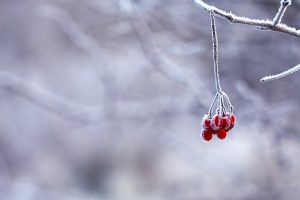 I gathered up the fallen boughs,

their skin still green and fresh,

before the frost turned bark to rime

and froze their wooden flesh.

The pine-trees’ fingers, sharp as thorns,

I tied them up with string,

and kept them safe, all Winter long,

to usher in the Spring.

I picked the berries, one by one,

as red as any woman’s blood –

I wrapped them in a paper shroud,

securing them with string,

protecting them, all Winter long,

that lay across the ground in drifts;

I filled my outstretched arms,

the curling stars shot through with gold.

I fastened them with string,

preserving them, all Winter long,

in promises of Spring.

I harvested the tiny nuts

of acorns from hard earth,

their egg-shaped bodies fertile with

Secreting them in muslin cloth,

I held them fast with string,

to treasure them, all Winter long,

until they brought the Spring.

I wove a crown of witch-hazel

a substitute for absent sun

throughout the shortest days.

A homespun coronet, its magic

held in place with string,

and worn by me, all Winter long,

my thoughts all of the Spring.

I safeguarded my talismans

throughout the brittle dark,

an essence of new life bound up

in berry, leaf and bark,

until the seasons turned, when I

released them from their string.

we welcomed in the Spring. 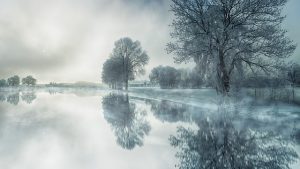