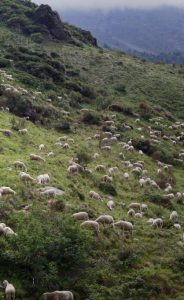 Charlie Hill is a writer from Birmingham. He is the author of two critically acclaimed novels and a pamphlet length collection of short stories. In 2016 he published a novella that was described by Nicholas Royle in his introduction to Best British Short Stories 2017 as: ‘an engrossing piece that…were the author French and his readers all French, might well have been regarded as a worthy late edition to the school of existentialist literature’. 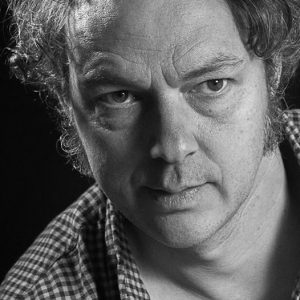 You can keep your poor farmers, your Barbours, your new folk dark, all I’ve ever wanted from the countryside was a childhood. Not one where I travelled across the city on Corporation buses with plastic seats you couldn’t slash, and the NF burnt out a VG, not the one with the disappointments, but one that was more real, where there was springy Thorpe Cloud grass under my feet and peat bogs on Kinder Scout and I was Errol Flynn as Robin Hood, leaping leaping: sometimes my dad took my brother and me to blue hills in Shropshire, with heather and bilberries, and we’d use a walking stick to play golf with dried-up balls of sheep shit.

It’s about space, of course, unmediated space and I welcome that, I mean it’s just like sitting here. But it’s also about something less indulgent, unconnected to other people, something affirming, vital. On Ullock Pike in thigh-deep snow, I saw a mouse of sorts emerge and scamper across the virgin white fell and there was wonder and defiance. Recently, during a family holiday in a caravan park, I skipped up Conic Hill in the Trossachs. The hill was covered in sheep and on my return I discovered a tic in my ankle. It was fat and bilberry-like with blood and when I tried to pull it out with a pair of tweezers, it burst, spattering everywhere. Its legs were left behind, sticking out at strange angles and for a moment I was pleased: I loved my wife and kids but my job was unsatisfactory, even poor, and I was excited at the prospect of contracting Lyme Disease which can prove fatal if not caught. It is identified by a circular red rash, like a target and quite spectacular; unfortunately, I was fine.