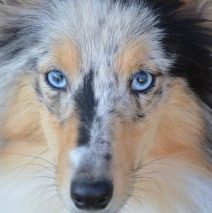 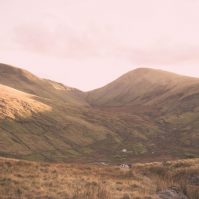 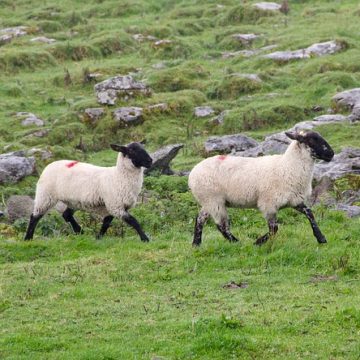 Brought up in the East Midlands, Stephanie Shields has spent her adult life in the north of England. She has combined sheep farming in the Washburn Valley, north of Leeds, with a career in further education. Stephanie’s first short story ‘The Watershed’ appeared in the Jane Austen Bi-centenary Collection: Dancing with Mr Darcy– stories inspired by Jane Austen and Chawton House, selected and introduced by Sarah Waters and published by Honno Press in the UK and Harper Collins in the USA. Her short fiction and poems have been anthologised, appeared in literary magazines and broadcast on radio. Her flash fiction and poetry have been shortlisted and longlisted for international competitions. 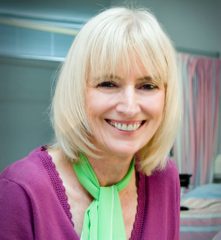 Here on the edge of the moor, it’s late Spring and too cold to snow.  The judge is chewing his cracked bottom lip.  He lifts his eyes to the Hill.  It’s his call.  To proceed or to cancel?

Proceed?  Well, most agree, this would be Arnold’s wish.  His missus is in their ancient 4×4, napping.  Her knitting has slipped from her knee.  They are fetching her now, helping her down to the post. She’s unsteady at the best of times. Her husband has been laid out in front of the judge’s car.  They’ve covered his head and upper body with someone’s mud-besmirched, day-glow yellow anorak.  Arnold’s green rubber leggings and caked-up boots stick out, stiffening.

Call off the trial and show respect? The wife should have a voice. All agree; it’s her choice. But she’s without speech, barely awake, confused, in shock and grief. Then, a different voice is heard.  It’s Raymond’s and he’s berating the judge:

‘Are you counting his shed?’

‘Raymond.  Calm yourself.  The fellow’s dead.’

‘Ne’er mind that, judge.  It’s for the record.  Are you counting his shed? He took one off the front, not off the back. Right’s right, in this world or the next.’

The handlers take in Raymond’s words. Their inner eyes darken.  Then their outer eyes are drawn to the dog, Boss, a handsome grey merle – big-boned, tall with stretch.  He’s good.  He’s been Arnold’s pride, his best mate.

Arnold’s last ‘away’ was for Boss to gather the ewes and drive them off the field, the round being over, complete, with little lost in terms of points.  Boss had started to cup round the back of the ewe group.  At the moment of his master’s death he hesitated, then froze, momentarily, right paw poised.  It was as if the invisible yoke of command was lifted, suddenly, sharply.

The dog looks back only once, then he forges forward.  He’s set off up the right side of the hill, flanking along the steep dry-stone wall. A second out-run?  But then he passes the small group of newly released ewes. The men at the release gates, unaware of the events below, watch the dog as it arcs above this group.

Below, by the line of cars, the crowd gazes up in a profound silence.  Even Raymond has turned from the judge. His mouth gapes, set rigid in the start of a snarl.

Now, there is no single blast of a stop whistle, no lift, no fetch. Boss runs on.  He clears the wall and continues upwards, slowly shrinking to a small spec on the far moor.

Below, Tim, an aged local shepherd, breaks the silence:

‘Dog’s made straight for Pendle Hill. She’s takin’ him.  We’ll not see him again.’

It’s a stranger silence that follows this.  Some of the handlers shift uneasily. Any thoughts of making the wife an offer, taking Boss off her hands for a decent price are dispelled by darker, more troubling reflections.

The handlers hold Tim in their hearts. When he speaks they tune in.  Now he holds their silence, reflects for a while, then goes on:

‘I’ve lived here always – born and bred, grew and wed, farmed these foothills forever, and never, never have I stood on the top of the Hill.’

‘Never a need.  And why should I?  Just because it’s there.  What sort of soft thinking is that?’

Wouldn’t you wish to see the view? There’s folk round here say it’s second to none.’

‘Show her respect.  You don’t have to climb on top of her, nor try to show her you’re her equal.  You’re not. But there isn’t a day I don’t watch her, listen to her, talk with her – that’s if she’s in the mood.’

That night, on the smooth brow of Pendle Hill, Boss waits.  Bathed in moonlight he stretches his neck, raises his head, and howls.  Just once.  A solitary, soul-searing sound.

Tim turns in his sleep.

The Hill replies.  She soothes.  She sighs.