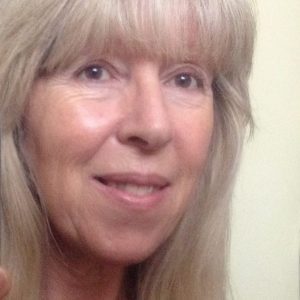 Angela Ward is co-owner of Butterfly Cottage Garden Plants. Previously she worked for the NHS. She is a qualified Psychodynamic Counsellor. Angela has been writing poetry for thirty years. Until recently, her poems languished in a cardboard box in her spare room! 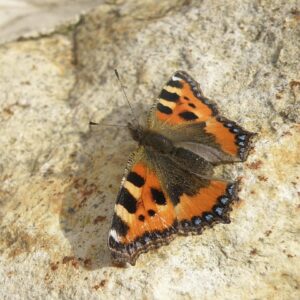 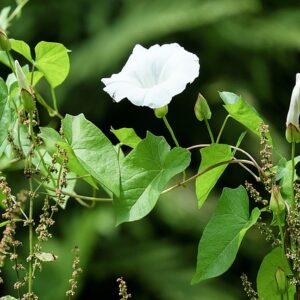 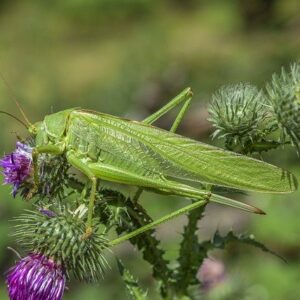 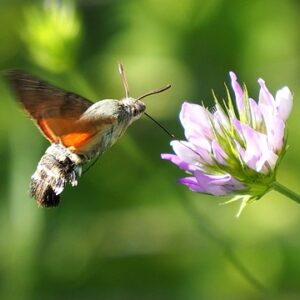 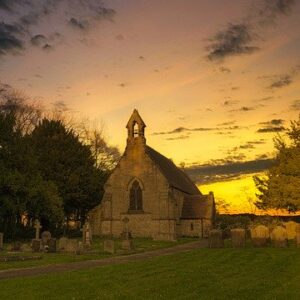 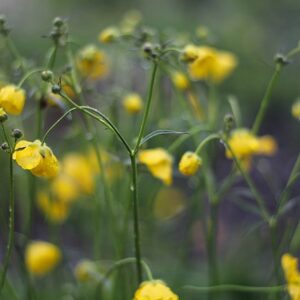 The dawn chorus was loud and beautiful

‘though nesting time was almost finished.

on stony ground, to dry their pristine wings,

with wildflowers in sun-cracked crevices:

in colour wheels to steal a breath away.

Beside the compost bin, bedecked with twining

a multitude of stinging nettles writhed

with yellow and black striped caterpillars.

leapfrogged one another in a small patch,

accompanied by a chorus of crickets

able to compete with Greek cicadas

startled croak, grumpy at being disturbed

by one Humming-Bird-Hawk moth, proboscis

promised umbels of Aniseed to store

along with scented herbs spread out to dry:

Then cumulus clouds bubbled up and Red Kites

out sunset songs as the church clock chimed ten.

And in the darkness, refreshing rain fell on

of stargazers  – lost in thoughts of night sky

myths and legends- who began to wonder whether

the dawn chorus had been loud and beautiful

‘Two Metres Away’ was written while Angela walked around her gorgeous nursery early one morning at Butterfly Cottage Garden Plants. It’s a walk that you can share by watching the slide show below whilst listening to the dawn chorus.

It’s a Flower on Chalk by Angela Ward 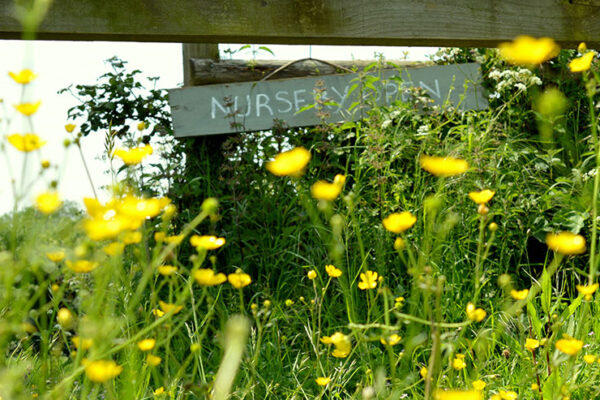 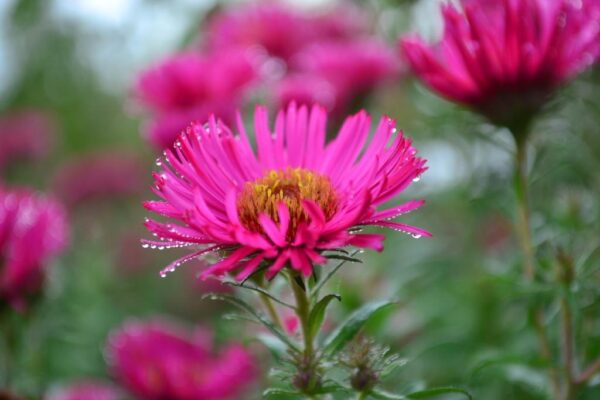 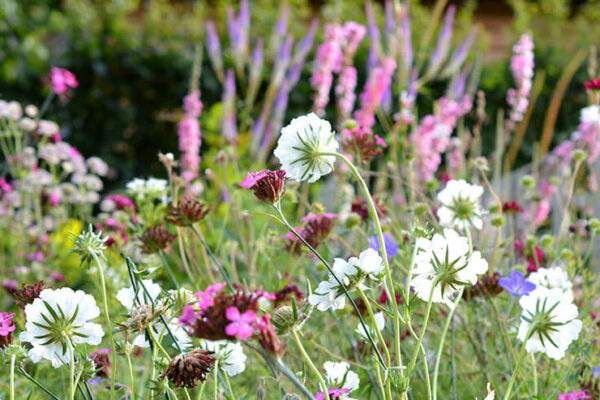 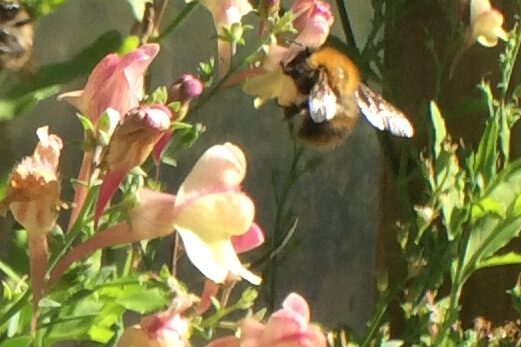 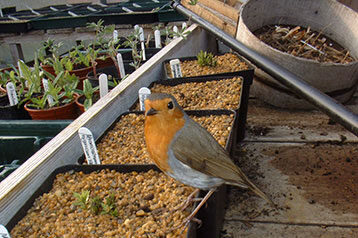 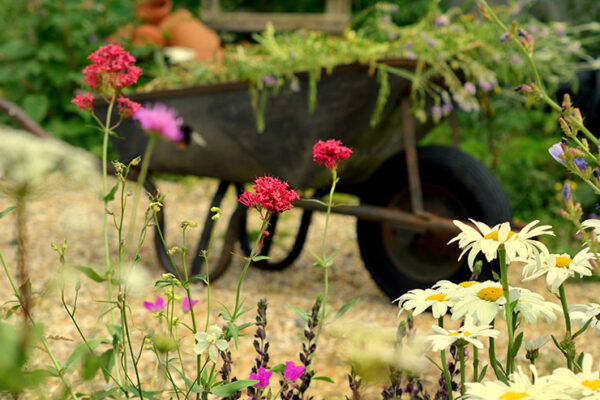 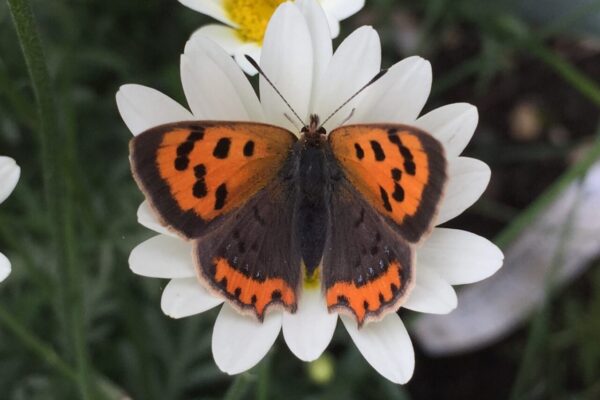 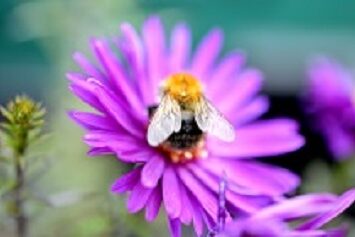 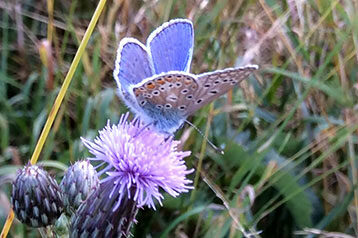 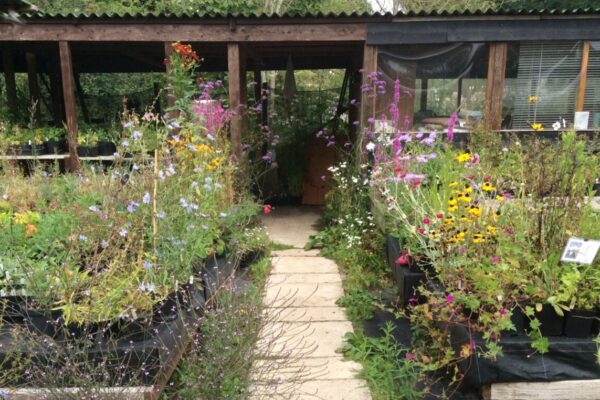