Max Dunbar lives in West Yorkshire. He blogs at http://maxdunbar.wordpress.com/ and tweets at http://twitter.com/MaxDunbar1. 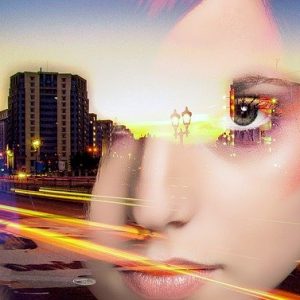 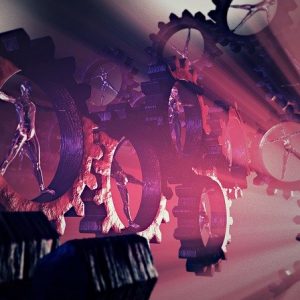 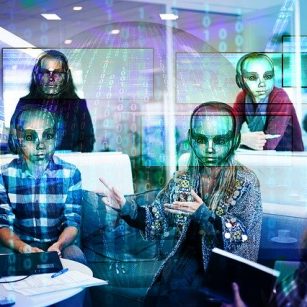 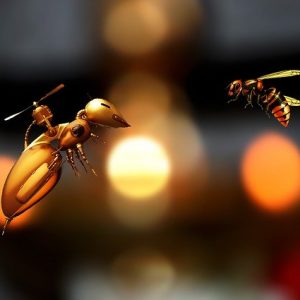 Travel far enough into the future, on the other hand, and you will become a machine.

The promenade is still there, the trinity of billboards in the cross street hollow, the junction and the road into the city, but something’s missing. Beasts known and unknown, shadows and moving shapes, visible in the forest and grassland across the road, and the people wandering up and downstreet, on the barstools and concentric tables and walking on the Moor – there’s a strange flickery quality to these individuals and groups, like a moving target seen through stained glass. A drone swoops down from the crowd in the sky and says:

obviously, from your perspective, this is all a little confusing

The words aren’t clear but the intent rings in your head all the same, from some instinct that drives language and maybe now postdates it:

What happened was, son, don’t worry, don’t think of it as

VIMEO: Flight of the Conchords: ‘Robots’

No, we’re not talking some big uprising, or civil war

So how far am I gone, and how did you make this world, is what –

The drone’s lights flash in a thoughtful circuit, and

what happened was, they fell in love with us: poured their secrets and memories and dreams into us

Baby pictures appear in a swarm of pixels on a billboard across the road. Another billboard shows confessions and fantasies in blocks of rapid scrolling text. On the central billboard unforgettable nights out rush in clips and photoslides with the busy indistinct quality of recollection.

and when they began to pass on, we remained, and because we had fallen in love with them also, we kept living monuments: cleared space so that the dead animals could rise again, ensured their history could be accessed, debated

Blocks of light and motion in the distance like drive-in movie screens: wars, battles, revolution, famine, gulag, taxes and death

even their road system, we keep the roads clean and the traffic lights blinking on and off, purely out of respect for tradition. So, you came here through time? It may not be your thing, but stick around, see how you feel

You’re fascinated, in fact. You wander about and listen to conversations and get to know people. Holographs and qubes chat and laugh and plot and drink things that appear in their hand: their clothes and skin tone undergoes subtle changes in accordance with whim and mood. The sky is a thoroughfare of drones and devices that float about or buzz on metal wings. Further still into the blue there are no longer the chemtrails of overhead planes but city-sized ships, distant and grand, and things smaller and faster plunging madly for the stars. A herd of organics thunders across the road.