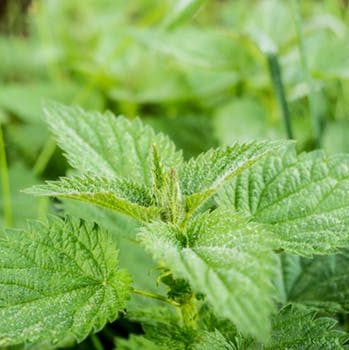 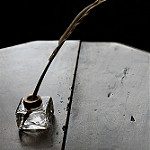 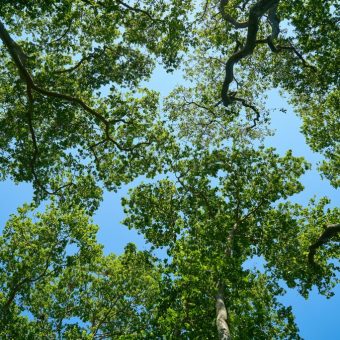 Victoria Bird is interested in exploring the hazards of seeking and forming relationships, and the vulnerability our trust engenders. She is currently working on her debut novel on the subject of infidelity. Victoria studied literature at the University of Cambridge in the UK and now lives in Cambridge with her family. 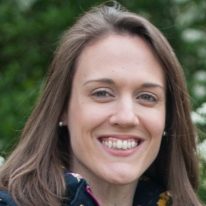 A matter of days after his first birthday, Ashur wriggled free of his skin. It lay in his cot, a torn suit of finest rubber. His new red-brown body blushed, creased and folded, like unfired clay.

Next came two smooth nubs, tiny pebbles of tooth and bone, nestled among the downy hair on his back, as though his shoulder blades had burst through. Perhaps it was eczema? Ambika had lost the pigment in the corners of her skin when she was a child – at her wrists and ankles, the crooks of her arms, the backs of her knees. Her father had explained it to her. He’d always taught her the proper words – for her body, for anything that could befall it. Her teacher had called her ashuddh – unclean. She is an ignorant woman, Papa-ji had said. And if it cannot be remedied, then ignorance is to be pitied, not despised.

But this was different. And there was no reason to be afraid. Brahman’s voice was growing louder these days. A boy the very image of Ganesh in Jalandhar, from eyes to trunk. The doe-eyed girl in Patna with all of Lakshmi’s arms. They were five thousand miles from the Motherland, but who knew what he could become?

Before he was born, she’d sat cradling her swollen nut-brown belly, in her little cottage on the edge of the New Forest. He never kicked, but rippled from side to side – gut-twisting flip-flops that made her gasp and turn to tell Mitul. But he was long gone. A flight risk, her mother had said. And she was right about everything.

Ashur had refused her milk. Turned his head away and puckered his face in silent, shuddering rage. She’d applied salts to her swollen breasts which seethed for the child who wouldn’t drink.

It was no better as he grew. She tried everything. Moong dal soup. Atta halwa with date syrup. Dosa and uttapams. He would touch none of it. His stomach bubbled and churned. He coiled upon himself in despair, rubbing at the hungry cave beneath his ribs. He wore his bones like sticks.

Winter passed and they began to spend more of their days in the garden – he would no longer settle indoors. He lay on his belly, swaddled tight in his silk muslin, mouthing and wriggling in the grass. She wanted to free his arms and legs, but whenever she tried, he batted and scratched at her until she bound him again. Was it right, any of it? He seemed to know what he needed.

Nettles and milkweed gave him strength. He stuffed leaves and tendrils into his mouth, faster and faster, the juice running down his chin and pooling, sticky, in the folds of his neck. Between feeds, he lay quiet and slack-jawed, his belly swollen, his eyes wide and black. She watched him until the sun dipped its toe into an ocean she could not see. She grew cold under the stars, gathered up in her mother’s paisley shawl. Slept with greenflies tickling at her legs.

Once he had taken everything the small garden had to offer, he began tugging and rending the wild grasses through the chain link fence that separated them from the woods.

She found the abandoned secateurs in the shed and broke him out under cover of darkness, one snip at a time. Found him freedom in the forest, like Rama and Sita.

Her heart was loud and high in her throat as she crawled through behind him, more than twenty years since she’d stolen juttis from the Bada Bazaar. She’d woven her way through batik and golden thread, past stalls of silver and camel bone charms, expecting to see a brown police uniform around every corner. Slipped them on her feet and claimed them for her own. Buried her old pair, with their flapping soles and gap-toothed jewels, in the dirt on the long road home.

She blinked it back, swallowed it down, just like every time before – that ache that reached through her and clenched its fist in her gut, made her head swim for home.

While he feasted, she plucked more milkweed to take back through the fence for him. It was a violation of those tiny flowers dancing in their pink petticoats, but his need was greater than theirs.

His downy hair thickened and grew coarse; his arms and legs swelled and tightened. Oedema, Papa-ji called it. She would swing her satchel and stamp her feet through the red brick dust on her way to meet him at the Geetanjali hospital, the finest in Udaipur. His learning carried no weight in Hampshire, though. Someone spat on him on the bus once, back in the nineties. Most just looked through him – his old-fashioned jam-jar glasses, his skinny knock-knees in grey suit trousers.

Ashur had Papa-ji’s same serious furrow carved into his brow. She marked the days by his muslins. Royal blue and mustard. Lime green with a fuchsia trim. Blood red with threads of gold, fine and frayed as promises.

On the day of jet black with silver flowers, he disappeared. She was in the kitchen, kneading chapati dough, and when she looked up, the hole in the chain link fence was a gaping wound.

She ran through the woods, wet dough clinging to her fingers. Ashur hung upside down from a tree, his arms by his sides. The ebony silk, wrapped around the branch, wove his feet into a tail. He was writhing like a magician trying to escape a bind.

She stepped forwards to cut him down, but a tree root sent her tumbling and clutching at the dirt. It was Shiva’s doing – she was sure of it. It was growing over him, upwards from head to tail – a great sock, a green banded tube of muscle and mucous, sloughing off his skin as it grew. It already covered his face. Tears pooled in the dark rings beneath her eyes, because she couldn’t see if he was alright, if this was all part of it.

It consumed him for hours until, at last, the tips of his toes shrank willingly inside and the crumpled brown sac fell to the ground. She took it up and wrapped it in her shawl. Something to remember him by.

Ambika returned to her cottage, fasted by day and offered puja to Vishnu to keep him safe. Read the Brahmanas and Upanishads from cover to cover. But she was so far from it all. She was dusting it off, really – doing what little she could remember. She shopped at supermarkets and wore jeans now. It had caught her unawares. Would it be enough? Perhaps she should find a pandit to help her, but she didn’t know where to look.

Every day before sunset, she visited his quiet womb of shell and bone. It turned from green to black. An iron bullet, then a bluebottle drinking in the moonlight, little hints of colour beneath.

Ambika’s mother would rip the thing down as soon as look at it. Cleave it open, spill that precious, livid broth. She wouldn’t understand. She wished her father were still here.

Three weeks after Ashur had crawled into the woods without her, his little vessel began to pulse and dance on its string. It grew thin at the tail, its granular membrane thinning, bulging and then tearing like an angry thing. The sunlight caught the orange wings folded around the casing of the shell, as his head strained at the vital glue that bound him.

The antennae reached out like newborn fingers. Then the tip and curve of a wing. The orange of tea roses, dripping on tender ebony frames like stained glass. The body stretching out and down on its trapeze. There was pride in the unfurling of his furred head, in the flick of his tail. She was sure of it.

He suckled hard at the milkweed flower, drinking deeper than ever before. Once he was sated, the lambent, ink-eyes turned upon her and she saw as he did. A mosaic of light with herself in the centre, pinked with love. He spread his wings and soared away through the trees.

She sits now, letting darkness gather in her.

She lights a candle for Ganesh, who will guide her hand, then dips her father’s quill into the ink and taps the nib on the side of the bottle.

To pen a new purana is no mean feat and it is years since she wrote in her native Sanskrit, hanging those curves and twists perpendicular to the line. Catching a tiger by the tail.

Time billows and falls. There is no hurry. She is the stuff of legend. Now her life is in the telling.