Please send up to 4 poems as a single Word document attachment to submit@wordsforthewild.co.uk. Poems should be a maximum of 40 lines.

Please send up to 2 stories as a single Word document attachment to submit@wordsforthewild.co.uk. Stories should be a maximum of around 2,000 words.

Use GERALD DURRELL as the subject of your email.

Closing date for the theme will be 20th June. Please bear with us if you experience a delay in our response to your submission.

We are happy to take previously published work. 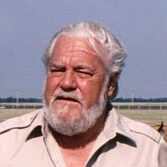 Here at Words for the Wild, we are on the lookout for spring – both literally and metaphorically. We want you to submerse us in the bathtub-heat of the Ionian Sea, to drape us in the foliage of a drunken forest, to make us laugh with the Magenpies, to help us saddle up for a ride across the Argentinian pampas in the company of a giant anteater and, above all, to reassure us that days “as glossy and colourful as a child’s transfer and with the same tinge of unreality” will come again. Yes, we are looking for your work inspired by the naturalist, writer and raconteur Gerald Durrell.

Born in India, Gerald Durrell spent part of his of his early life in Bournemouth, then part of Hampshire, before famously spending five years on Corfu. Subsequently, he worked as a self-employed animal collector for zoos before opening his own zoo in Jersey and becoming an internationally significant figure in the conservation movement.

While we recognise that zoos are a contentious topic, we ask anyone thinking of submitting to bear in mind Gerald Durrell’s own views that zoos should not be for entertainment or even, primarily, for education. Instead, they should be a last resort for the captive breeding of critically endangered species where efforts to preserve them in the wild have failed. Both Jersey Zoo and its parent organisation, the Durrell Wildlife Conservation Trust, have conservation in the wild and for the wild as their primary focus. With this in mind, Jersey Zoo concentrates its breeding and reintroduction efforts on species from island habitats and on those animal groups, such as amphibians and primates, that are suffering from the worst population declines.

Finally, while Gerald Durrell’s books and the recent TV show, The Durrells, are obvious and excellent sources of inspiration, we’d also like to highlight the planned development of Erimitis, a biodiverse headland on Corfu. Developers v Durrell: the battle over Corfu’s jewel of nature

If you’d like to submit, please send us up to four poems or one short story in a word document. We look forward to going wherever you take us.

This site uses Akismet to reduce spam. Learn how your comment data is processed.